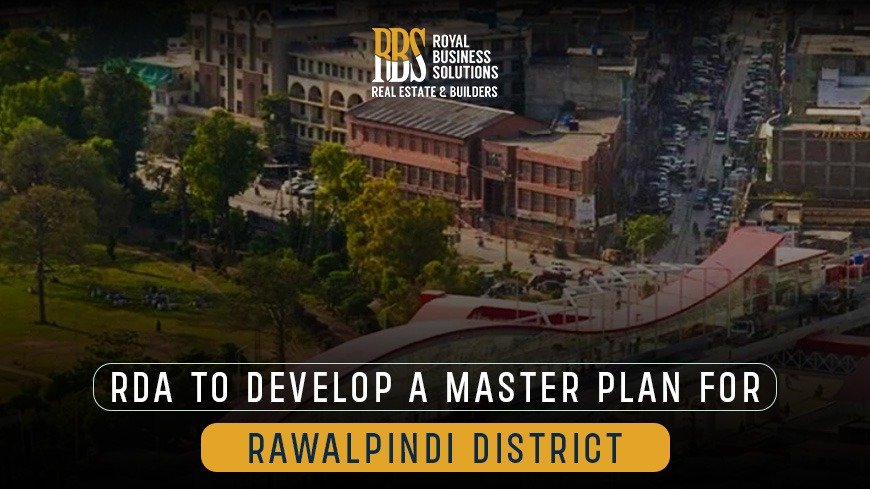 Saif Anwar Jappa, the Rawalpindi Development Authority (RDA) chairman, revealed that the organization is working with the local government to create a master plan for the district’s next 25 years.

The Chairman said that government directives protect agricultural land to ensure a clean and healthy environment.

Additionally, he asked people to make comments on the RDA website regarding the Peri-urban Structure Plan and Site Development Zones.

According to reports, the civic body has been working on the master plan for the previous three years. But the process is progressing slowly.

According to a senior RDA official, this deliberate speed of construction has removed all obstacles for private housing society developers.

Additionally, he attacked the authority for failing to control private housing societies in the district.

The official also figures out that most housing projects in the district are constructing on smaller pieces of land. There is not enough room for graveyards, parks, schools, and institutions.

The official also emphasized how existing graveyards in the city are now under more strain as a result of new housing developments’ lack of cemeteries.

He added that according to the law, private housing schemes must set up sewage treatment facilities. Water purification systems, and water supply arrangements in their respective areas. But nothing does so in the district.

The official went on to blame the lack of a master plan for all the infractions, claiming that there were business sectors in residential neighborhoods because there was no space set out in the city for factories or workshops.

For the latest updates about RDA to develop Master Plan for Rawalpindi District stay tuned to RBS Land.