HomeRBS NewsNew Reko Diq mining agreement is legitimate, according to the Supreme Court.

New Reko Diq mining agreement is legitimate, according to the Supreme Court. 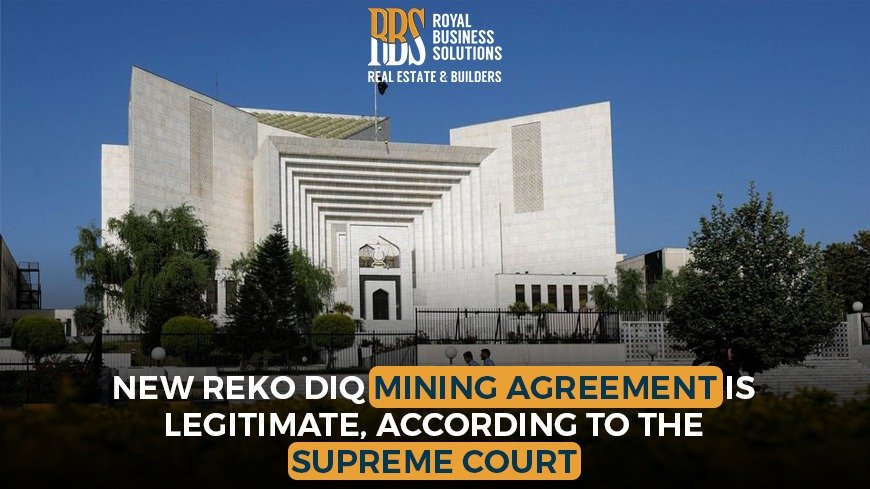 The new Reko Diq mine arrangement deemed legitimate by the Pakistani Supreme Court on Friday, and the court ordered all provinces to change their legislation to accommodate the agreement.

For the reconstruction and relaunch of the project, which was put on hold since 2011, an agreement in principle was struck earlier this year between the Pakistani federal government, the Balochistan province administration, and Barrick Gold Corporation.

Also, the Balochistan Assembly brought into confidence on the accord, the court further said. The order clearly mentions that the law does not allow agreements on national resources which violate the Constitution.

The majority of the labor force would be from Pakistan, as promised by Barrick Gold Corporation, according to the directive. It will be going to bring many employment opportunities to the country.

The court ruling further said that the project is going to fund social activities and that skill development programs would include as part of it.

In October, President Dr. Arif Alvi filed a reference in the Supreme Court of Pakistan to seek an opinion on the Reko Diq matter at the suggestion of the prime minister.

Canada’s Barrick, which will own 50% of it, will manage it. State-owned businesses in Pakistan will hold 25% of the company, while the Balochistan government will own 25%.

At the time, Bristow had stated, “We will offer finance and technology to this initiative.

Reko Diq will become a “world-class mine” claimed Barrick Gold.

Both parties are striving to demonstrate to the world how collaboration on significant projects can result in outstanding outcomes. The company is searching for a consortium of investors to contribute $2 billion. The expected investment amount is $4 billion for the project’s first phase.

We have contacted co-investors, the International Finance Corporation, and export and import organizations all around the world, according to Bristow. It is the largest project of its kind in Balochistan and one of Pakistan’s largest fixed foreign investment projects overall.