HomeRBS NewsDiplomatic Enclave Road to be finished early by CD

Diplomatic Enclave Road to be finished early by CD 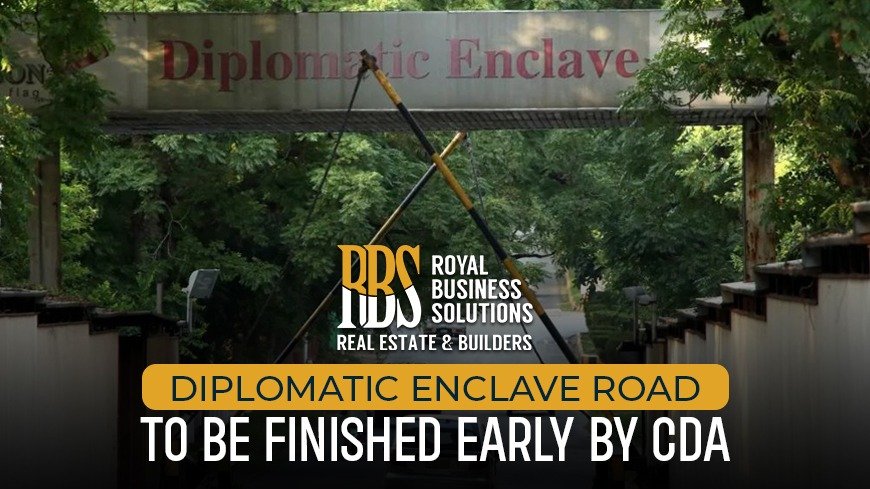 News: Diplomatic Enclave Road to be finished early by CD

To improve security, the Capital Development Authority (CDA) has sped up the building of a new route connecting the Diplomatic Enclave with its expanded territory.

The CDA started working on the project a few months ago and recently picked up the pace. According to engineering department representatives, the 3.25 km road construction will finish in approximately two months.

On CDA’s land in Malpur, the officer said that 70 residences are constructing across the road’s edge. 43 of them have already demolish, while the remaining ones receive a notification.

A CDA representative told that the agency has improved the construction of a new road. It will link the Diplomatic Enclave with the neighborhood nearby. He stated that the route, which begins on Murree Road and forms an “L,” will provide an alternative to Third Avenue. This runs through the former Diplomatic Enclave Road and also its environs.

To accomplish this, the CDA has ordered all residents of the homes along the proposed path to vacate. He said that once the road is complete, Third Avenue’s traffic will restrict. All embassies operating in various sections of Islamabad will relocate to their authorized locations in the diplomatic quarter for safety.

It’s crucial to understand that CDA started the initiative because the Third Avenue-based embassy of a friendly nation expressed safety concerns. The new route will eventually be open to all traffic, but Third Avenue won’t be accessible. The CDA has additionally stated that the construction of the new route will enable the placement of more embassies and missions in the wider region.