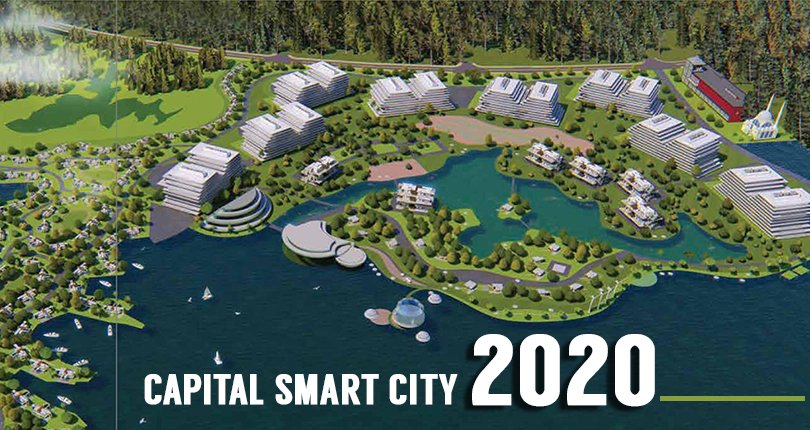 Capital Smart City Islamabad is a most advance Smart City in whole South Asia. All the smart facilities introduced that fits this project to accurate definition of Smart City. Urban Planning, Strategic Investment and Life Cycle Asset Management are the key factors in order to make it smart community.

Initially, this society comprised of less than 50,000 Kanals. However, presently, Capital Smart City total area is 80,000 Kanals. It is one challenging site to work on. Hilly terrains, uneven surface and water bodice are what this site is all about.

Habib Rafiq (Pvt.) Limited is mainly developing this project. It has excellent reputation in delivering above standard projects in record time frame. Massive human force is deployed on the site. According to Group COO, Mr. Malik Aslam more than 1600 labors along with 500 heavy machinery is working day and night in order to achieve their targets. Capital Smart City Balloting held for Overseas Block-I and Executive Block-I in Dec, 2019. It is done much earlier with ample time margin.

It is a sector mosque. According to head of Construction team, Brigadier Falak Sher, this mosque will have capacity of over 700 individual. Centralized air-conditioned mosque planned to facilitate the Namazis.

This mosque will be completed by the end of January, 2020.

Executive Block Tubewells are now started. Previously, 5 tubewells are operational. This site has abundance of water storage. But keeping in view the population influx in future, there is an ultimate need of such water resources.

These villas designed according to modern-day needs. Construction of these villas is vital. Thus, developers shifted their whole concentration for them.

Fashion Boulevard is state of the art hub for shopping. It features international brands.  As possession in capital smart city will be granted in April 2020 thus there is need of such commercial complex to cater the needs of residents.

Water Sport Club will be constructed near Chihan Lake. It will be an innovative and advanced club. Also, Yachats, Water Scooters and boating facility will be offered here. The construction of this club will also start in 2020.

Other than these, major targets for 2020 includes below