Why Invest in Lahore Smart City 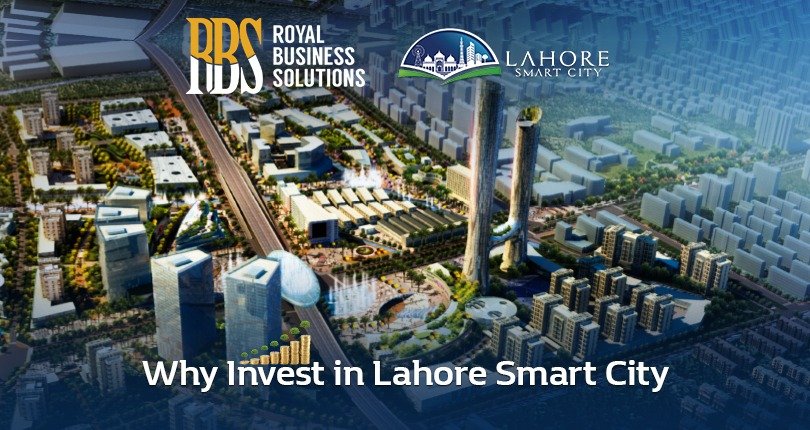 Lahore Smart City is an upcoming real estate massive project. It will increase the urban area in the heart of the province of Punjab. Lahore Smart City covers 55,000 kanals of land. Most of the land is fertile. The society is going to be the luxurious housing society in Punjab. Here are a few reasons why to invest in Lahore Smart City.

Whenever we think of investing somewhere in the real estate sector, the first question that arises in our mind is ‘location’. Lahore Smart City is located close to Lahore bypass and Kala Shah Kaku railway station. Kala Shah Kaku railway station is based upon the Karachi-Peshawar Railway line. It lies under the CPEC trade route. Society is also in easy access to the whole Lahore city with almost 8km from the main Lahore city. Four main cities of Punjab, as well as Pakistan, are less than 100km or one hour drive from Lahore Smart City, In other words, Lahore Smart City is investors paradise.

When people think to invest, they mostly think about whether it is durable or not? Lahore Smart City is under provision and built by Habib Rafiq (Pvt.) Ltd.  It is designed by no other than the world-famous Surbana Jurong(SJ). Habib Rafiq (PVT) Limited is renowned for its delivered state-of-the-art projects in the past. Some of them are motorways all across Pakistan, Convention Centre Islamabad DHA Lahore, and Bahria Lahore. Seems like Lahore Smart City is going to take over the real estate industry in Pakistan for its unique and artistic mindset of developing the city.

Master Plan of Lahore Smart City differs from a normal ordinary housing society as it brings smarts features for residents and attracts local and foreign investors. The city is divided into 7 districts each district tells its own story and is different in its own kind and to be used for different purposes.
1. Educational District
2. Health District
3. Silicon Valley
4. Overseas Block
5. Mosques
6. Sports District
7. Theme Park
Distribution of city in particular district helps residents to live in a hustle-free environment. Software houses and corporate offices will be made in silicon valley.

Lahore Smart City is the first smart city in Punjab and eco friendly. Developers are trying not to disturb the cultural heritage of the land and keep it as clean and green as possible so that residents can breathe in the fresh air and avoid pollution. A resident-friendly place is actually investor-friendly and ROI depends on these factors. To keep the city clean 24/7 waste management system is also in process.

Central boulevard is the backbone of the city which surpasses the whole city. It is 400 feet wide and consists of 18 lanes to manage the traffic during uncertain conditions. Highways also distinguish each district from another and are designed in such a way that traffic will remain smooth during peak hours too.

Lahore Smart City will be the most luxury city in Punjab and clearly identifies that why should invest in Lahore smart city but still, it is an affordable approach right now for investors as it is a long-term project and still requires time to completely develop.

The city is definitely going to be a smart city so its design is futuristic and will be very covering future aspects of new technologies. Silicon valley will be the backbone of new technologies to compete with the world. The city will also be producing its own power to overcome the ongoing energy crises in the country which is a good sign for investors.