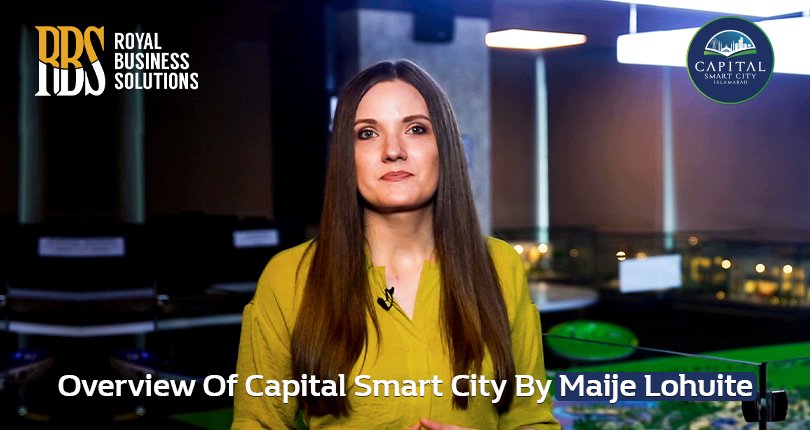 Capital Smart City Islamabad is a futuristic project in Capital, Islamabad. It is the first smart city of Pakistan while 21st smart city of the world. Leveraging the bleeding edge technology, it aims to bring the ultimate comfort and convenience to its residents.  In just 2 years of the time period, it has earned an imminent reputation in the Real Estate Market of Rawalpindi and Islamabad.

Maije Lohuite is a prominent YouTube personality. By profession, she is an experienced journalist. By birth, Maije Lohuite is a French-nationalist. She gains immense popularity from her interesting YouTube Vlogs. She came to Pakistan back in 2015.

In 5 years of her stay in Pakistan, she observes an unorganized urban sprawl in Pakistan mainly in city of Karachi, Lahore, Islamabad and Peshawar. According to Maije Lohuite, the ultimate solution to cap this haphazard growth in the cities is to build “Digitally Smart City”. And, it is the demand of the 21st century.

The remaining world is rapidly shifting towards digitally Smart Cities. To name some of the top smart cities in the world, it includes

And, there is plenty of others on the list. All of these technologically smart cities have the same goal i.e. comforting residents while ensuring complete control.

What really allures her?

Maije Lohuite belongs to a developed country. She said that Capital Smart City is going to become the most sustainable and efficient smart city.  An Urban Development Model of Singapore is being replicated here. It is going to become a self-reliant project. The big names of the industry are appointed for master planning and engineering at the best level.

How the digital world is easing the physical world?

A capital smart city is a future that we need today. It is making this world an easier place to live a luxury life. She lists down her favourite smart features of Capital Smart City as follow.

What is her view about Royal Business Solutions?