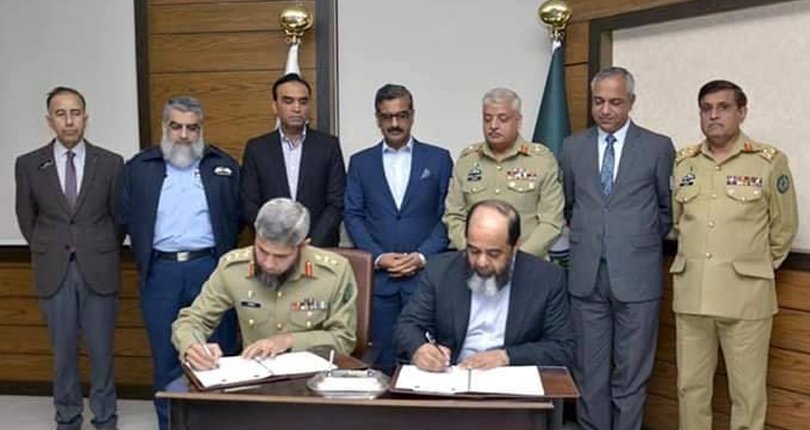 National Defence University (NDU) will open its international campus in Capital Smart City. This project will host an exclusive district for educational institutes namely Education City. This district will serve as a hub for quality education.

The agreement between NDU and FDHL signed on December 3rd 2018. The agreement signed by Group COO Muhammad Asalm Malik.

Following are some glimpses from the event:

National Defence University chancellor is President of Pakistan. Meanwhile, the management supervised by three Star General from the Pakistan Army. The institute divided in to 2 distinct faculties including

Furthermore, there are several other college that are affiliated with NDU including

National Defence University commonly known as NDU. It is one of the top educational institute in Pakistan. Initially, in 1970, National Defence College established in order to fulfil the need for exclusive Army War Course. Later on, this course retitled to “Armed Forces War Course”.

On the instruction of then Prime Minister Zulfiqar Ali Bhutto, it is affiliated to Federal University of Islamabad (now Quaid-i-Azam University). The decision was taken in order to award MSc in War Studies degree for the course attendees. Later on, the campus building advanced and shifted to Islamabad.

In short, NDU designated as university in 2009. War course and Defense course merged to form National Security and War Course.

It is a groundbreaking development in Capital Smart City. The land for the campus already decided. Meanwhile, the construction work will began soon. Since, it is accommodating hundred and thousands of individual. Thus, presence of such marvelous educational institute is crucial and necessary.