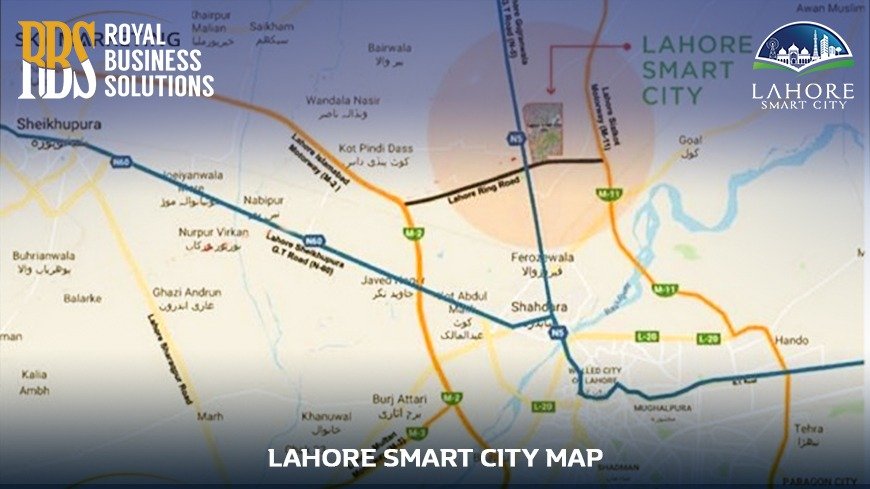 It is a project of Habib Rafiq (PVT) Limited developers and its designers are Surbana Jurong (SJ). Today we will discuss Lahore Smart City’s Map.

Lahore Smart City Map is divided in a very Well structured way. If we enter from Motorway Entrance the first block on our right hand is the farmhouses Block. While on the left side it is Overseas Block. Farm Houses are of 1 and 2 Kanals. Overseas block of Lahore Smart City is specifically specified for people living out of country/Pakistan. After the overseas block there comes the theme park which will be a great fun place for people of every age. On the left side of the Theme Park there lies the Silicon Valley.  After crossing Silicone valley you will get to see the most precious block of LSC Map called “The Executive Block.” The executive block is best for residents as it contains plots from 5 Marla to 1 Kanal.

Some of the features of LSC are following:

These were some of the updates about the LSC map. Hence we can conclude it one of the best cities of Pakistan with all the smart features at a very affordable price. Royal Business Solutions (RBS) highly recommends Lahore Smart City.