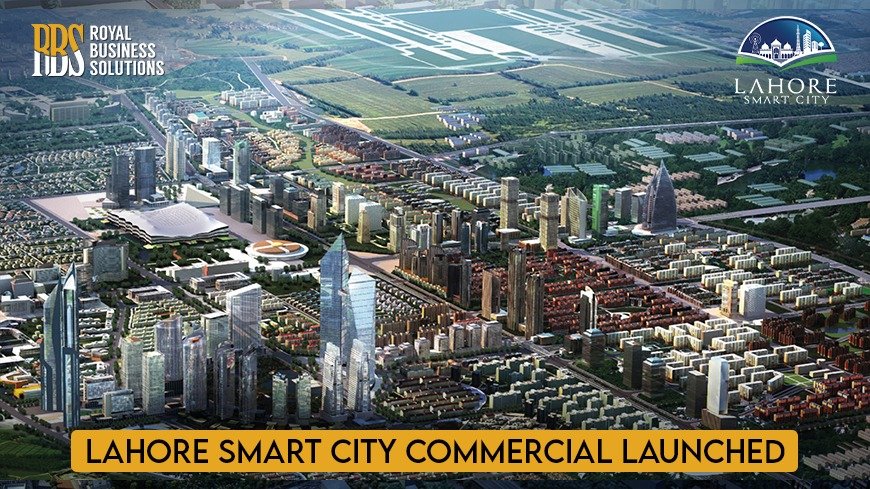 LSC has finally launched its much-awaited Commercial Plots. LSC was featuring Residential Units before that and people were eagerly waiting for commercial plots. Division of Commercial Plots in Lahore Smart City is as follows:

In the initial stage, LSC has launched its Commercial Plots in two cutting which are 04 Marla and 08 Marla. These Plots are located in Overseas Block and Executive Block of Lahore Smart City. You can get your slot booked in both blocks. Both Blocks have their own specialty and features. However, rates in both of these blocks are different.

LSC has launched its Commercial plots in two cuttings which are, 04 Marla and 08 Marla. Rates are different in Executive Block and Overseas Block.

Rates in Executive Block are as follows:

Whereas Rates in Overseas Block is as follows:

Now if we talk about the overall booking procedure it’s quite a flexible process. Booking Starts with only 10%.

Booking for Executive Block is as follows:

While for Overseas Block Booking Amount is following:

By paying a 10% Amount you can get your plot book. You can further pay the remaining amount in 3 Years flexible installments. These Installments are on a quarterly basis. 12 Quarterly payments for 3 years and you can get possession in Lahore Smart City Commercial. If you pay 50% amount at the time of booking you will get a 5% Discount on the total payment.

10% is the Booking amount and 10% is the confirmation amount.

Lahore Smart City Commercial is the most awaited product of the time. It was already selling on 500,000 Lack Premium and now the premium amount has arisen more. It is expected that the premium will go up and more profits are expected. So we can conclude that it is a golden investment opportunity for everyone. Royal Business Solutions (RBS) highly recommends Lahore Smart City Commercial.