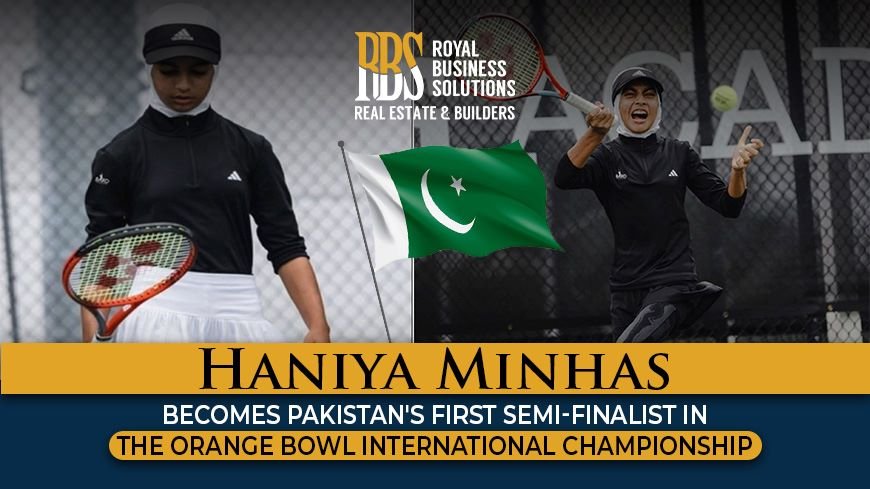 It gives me great satisfaction to witness Haniya compete at her best in one of the most challenging international competitions. It is also a significant achievement for Pakistan and the BARD Foundation. Since she was just 9 years old, the “Bilquis & Abdul Razak Dawood” (BARD) Foundation has supported Haniya’s training and athletic efforts.

Haniya expressed her joy at her consistent outstanding results in the most difficult competitions. She said, “These sequence of triumphs have filled me with gratitude and even higher passion to continue playing to best of my abilities.”

You can explore Capital Smart City for luxurious living facilities.

It is a wonderful honour for Pakistan and the BARD Foundation that a Pakistani girl has achieved such a breakthrough, said Mehreen Dawood. She is the country’s most prominent philanthropist and the creator of the BARD Foundation. Haniya’s victory will serve as motivation for aspiring athletes and serve as an inspiration for other players, particularly young girls.

The BARD Foundation’s long-term goal is to help talented young Pakistanis succeed in their chosen professions, sports, and other endeavors. It provides sponsorship to the top-performing kids so they can achieve their goals and demonstrate their mettle.