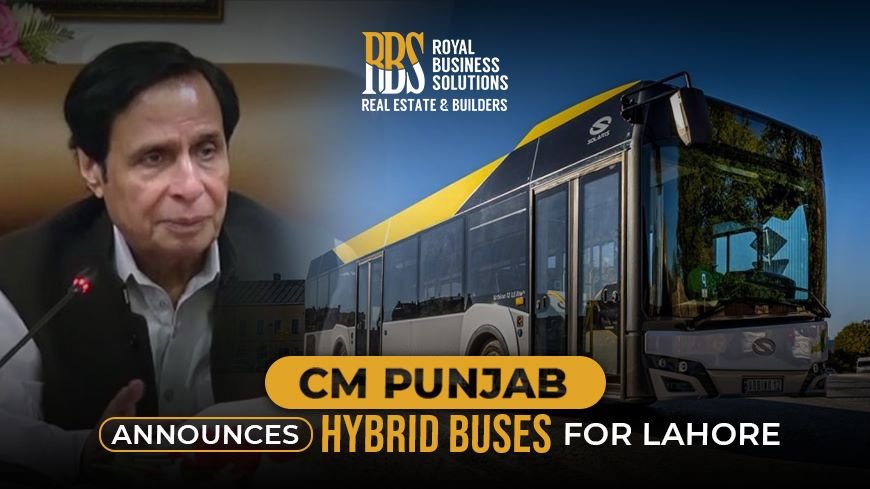 LAHORE: According to Punjab Chief Minister Chaudhry Pervaiz Elahi, the provincial capital will use hybrid buses that are environmentally beneficial.

The city’s residents will have 200 new bus stations installed, according to the chief minister.

He gave the order to reserve seats for ladies and the blind at the entrance of the new buses.

The CM ordered new bus stops in Lahore and that the routes of new buses is planning to take into account the hours of women’s educational institutions. Elahi condemned the fact that the government’s previous attempts to experiment with a transportation system had totally failed. Due to severe negligence had been shown in creating a long-lasting transportation system in the province. The opening of the Punjab Mass transit Authority’s offices in Dera Gujran received his approval. Also he gave approval to the authority’s auction strategy.

Additionally, the chief minister gave his approval for the Punjab Mass transit Authority to open offices in Dera Gujran. He also gave approval for the authority to conduct bids. Iftikhar Gondal, Khadija Umar, Shamim Aftab, Muhammad Khan Bhatti’s principal secretary, the secretaries of finance and transportation, along with other members of the Punjab Assembly, attended the meeting.

Elahi gave the order for the Punjab Transport Company’s rehabilitation and activation during the prior meeting with PMA. Additionally, he gave the go-ahead for the operation of electric buses in Lahore. Additionally, the CM has directed the concerned officials to buy extra buses for a different feeder route project.