A Norwegian company seeks to generate electricity from waste in Lahore 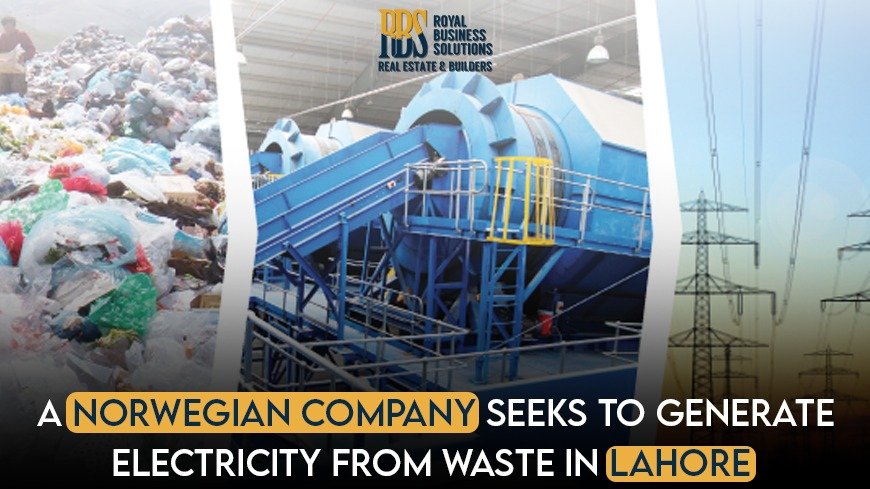 A Norwegian company seeks to generate electricity from waste in Lahore. The initiative will cost the corporation $300 million.

According to reports, the Lahore Waste Management Company (LWMC) held an important meeting on the Waste to Energy Project.

According to Atif Chaudhry, a team from a Norwegian commercial firm has come to Pakistan to undertake preliminary investigations. The waste-to-energy initiative will cost the corporation $300 million. According to Atif, the initiative would generate 2000 new employment opportunities.

According to the plan, 20 million tonnes of rubbish at the Lakho Der dump site is going to generate power. The Waste to Energy project’s goal is to give citizens a clean environment as well as modern facilities. Furthermore, the Norwegian company is also operating a waste-to-energy project in Colombia and Ecuador.

The Punjab Power Development Board is the custodian for any waste-to-energy project in Punjab, according to the project brief under the Alternative & Renewable Energy Policy, 2019. New technologies can be processed under the Federal ARE Policy. In this context, the LWMC issued a letter of facilitation to the PPDB, guaranteeing 3,000 tonnes/day of municipal solid waste for any waste-to-energy plant. The corporation has set aside 25 acres of land at the Lakhodair landfill for garbage to the energy plant. To assist potential investors, the business is also undertaking a biochemical characterization study of MSW. This test will evaluate the calorific value of garbage, which is scheduled for the end of this month.

The LWMC has also signed a contract with a German company to build a power plant capable of producing 100MW from 2,000 tonnes of solid waste each day. The city’s waste-to-energy project would consume not only the 24 million tonnes of residual garbage but also the 6,000 tonnes of fresh garbage collected on a daily basis. According to the company, such massive waste not only contaminates the subsurface water table but also pollutes the air. It has the worst impacts on public health.