HomeRBS NewsA Decline of 0.62% Is Observed In Weekly Inflation

A Decline of 0.62% Is Observed In Weekly Inflation 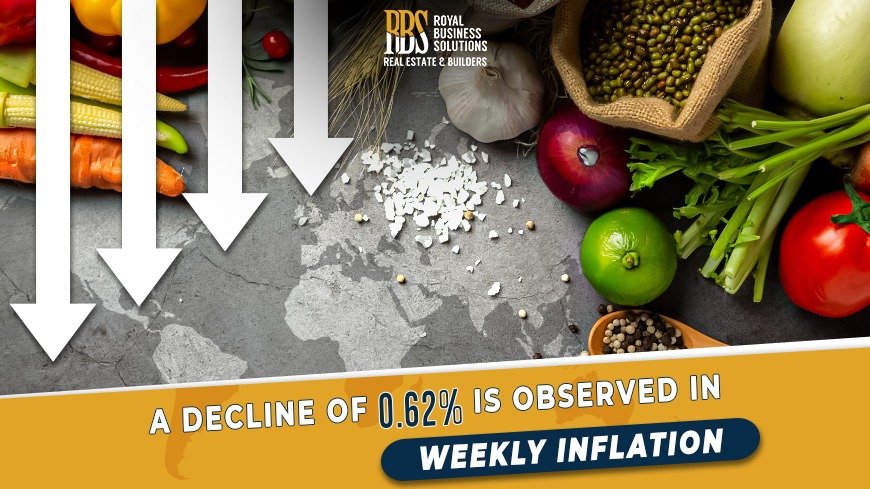 Short-term inflation, as measured by the Sensitive Price Indicator (SPI), fell slightly to 0.62 percent week on week (WoW). In the week ending November 17, down from 0.74 percent the previous week.

Meanwhile, according to data released on Friday by the Pakistan Bureau of Statistics (PBS), the year-on-year (YoY) increase in weekly inflation was 28.67%.

During the week, the prices of 23 out of the 51 monitored items increased, 13 decreased, and 15 remained unchanged.

Similarly, according to PBS data, the prices of garlic and wheat flour have decreased. The annual increase in SPI has been declining for some time, having peaked at 45.5% in the week ending September 1.

Last week, the inflationary trend, which had been steadily rising for four months, moderated slightly as year-on-year (YoY) inflation fell from 30.6 percent to 29.24 percent.

However, week-on-week there is a slight increase in inflation. It was recorded that was 0.74 percent, up from 0.53 percent the previous week. And also record 4.13 percent in the week that ended on October 27.