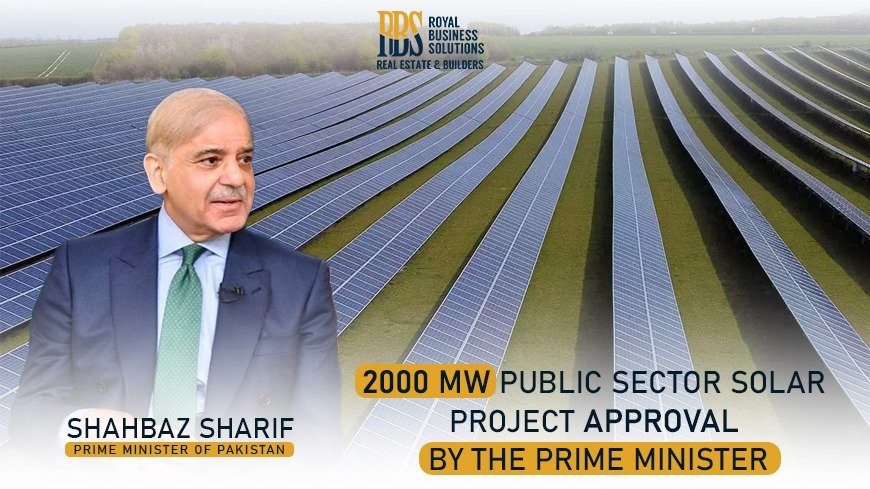 The prime minister chaired a conference to review the progress of installing 10,000-megawatt solar projects across the country. He also said it would reduce the country’s reliance on energy projects. In this way, there will be less use of expensive fuels and consequently less depletion of foreign exchange reserves. Solar power systems also help solve problems such as line outages, electricity theft, and circular debt.  The Prime minister led a detailed briefing on solar projects. He said at the meeting that the government would issue sovereignty guarantees to companies involved in solar projects.

Work has reportedly begun to identify areas suitable for solar energy projects. A suitable location in Muzaffargarh has already been selected for the construction of a 600 MW solar power plant. We are also preparing to build an 11kV solar power generation facility.

2000 MW Public Sector Solar Project approval by the Prime Minister is no doubt an excellent step towards the betterment of the nation.