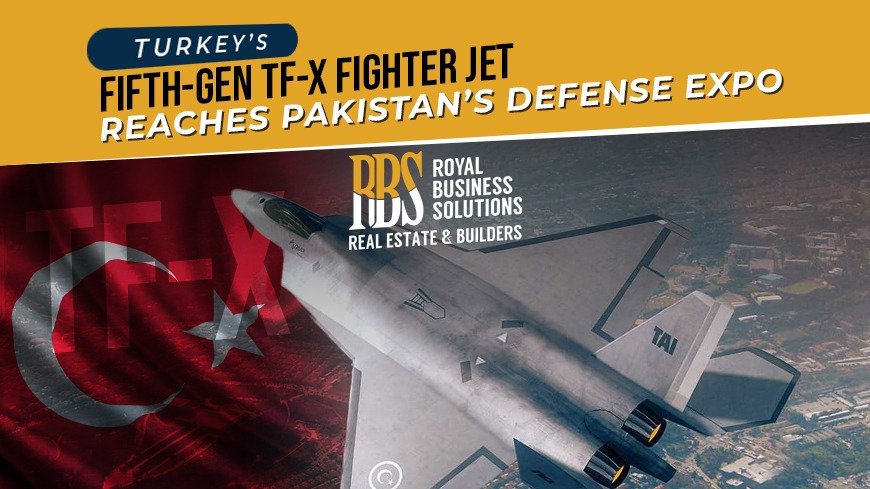 According to sources, Turkey exhibits a scale model of its TF-X fifth-generation fighter at the IDEAS exhibition in 2022, which held in Pakistan.

Additionally, they said that hundreds of people, including officials from Pakistan, came to see their marquee.

According to the report, a variety of items, including military gear, tactical mini-UAVs, light weapons, artificial intelligence, and cyber security solutions are display by Turkish Defence producers.

The fact that the fifth-generation fighter would also be on display hasn’t been mention, either.

In addition, the design and technical details were displaying on a banner.