HomeRBS NewsTake a Moment and Praise the Hero (A Glimpse to PIA, s Heroic Takeoff)

Take a Moment and Praise the Hero (A Glimpse to PIA, s Heroic Takeoff) 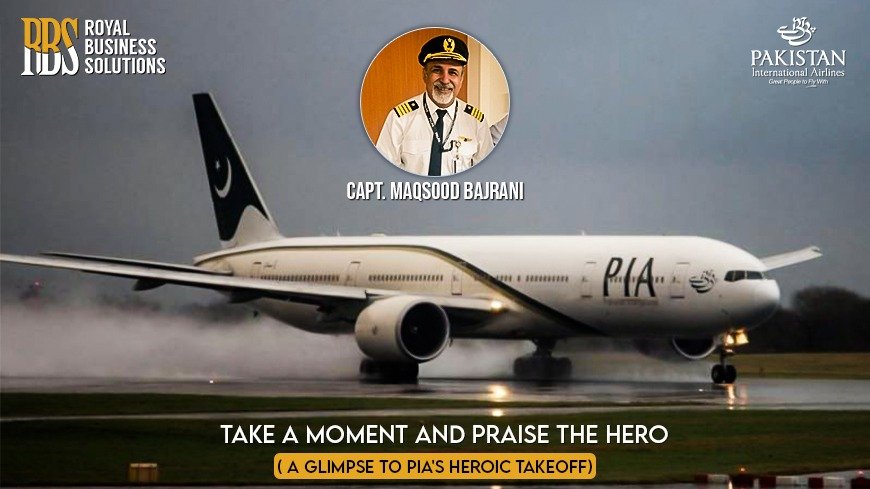 Take a Moment and Praise the Hero

A Glimpse to PIA, s Heroic Takeoff. It’s a tale of a Pakistani Aircraft Stranded at Kabul Airport when the Taliban took rule in Afghanistan. PIA, s Airbus A 320 carrying 170 Passengers was getting no green signals from Air Traffic Control (ATC). All of 170 Passengers were either Diplomats or Important Government Officials. During this panic situation, ATC Announced making its own decision, and soon after it, Captain Maqsood Bajrani Decided to take off.  He did it. He took off after two fighter jets. Black Smokes were all around Kabul and the Plane flew off without any kind of signal from ATC. After One hour the captain announced that we are safely in Pakistan now. The flight landed at Islamabad International Airport at 7:10 PM safely. Chairman PIA Arshad Malik Praised the captain for this heroic performance.