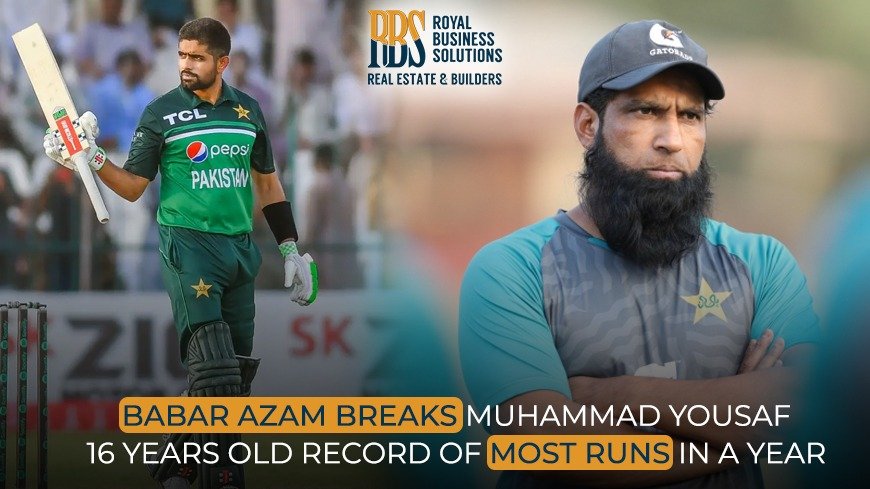 Babar Azam, the captain of Pakistan, broke Mohammad Yousuf’s 16-year record during the first innings of the first Test match against New Zealand in Karachi.

After surpassing Mohammad Yousuf’s total of 2435 runs in 2006, Babar Azam currently owns the record for the most runs scored by a Pakistani batter in a single year. Babar is currently batting on 54* and has 2477 runs across all formats in 2022.

He currently holds the record for the most scores of 50 or more in a calendar year. Babar broke Ricky Ponting’s record of 24 in 2005 with his 25th 50+ score.

Despite the team’s inconsistent results in Test cricket this season, the captain has excelled in the format. He scores more than 1000 runs in nine games. Only three other batsmen have reached the four-figure mark in Tests so far this year.

You can read about Capital Smart City which is a profitable investment opportunity.

Babar has frequently been Pakistan’s lone fighter, scoring runs when the country’s backs were against the wall. Much like his innings thus far in the Boxing Day Test.

The 28-year-old has played ODI cricket consistently this year, scoring 679 runs in nine games. He has achieved scores of 50 or more in eight of those games and led his team to three series victories.