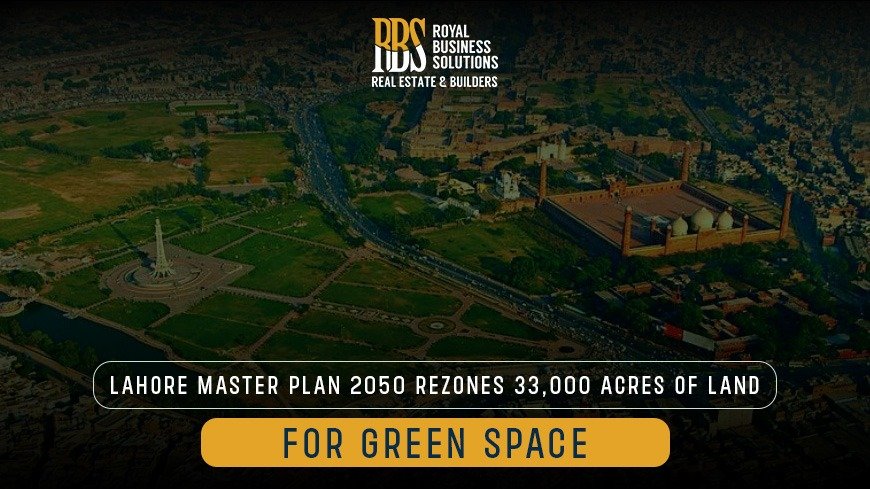 According to LDA DG Aamir Ahmad Khan, 27,000 acres on the north side of Lahore rezones for agriculture. Areas rezone in Kala Shah Kaku and Muridke in the Sheikhupura district.

Furthermore, 6,000 acres of land near the Bambawali-Ravi-Bedian Canal reserve for national strategic plans and green spaces.

An extra 12,000 acres of land include as well, which is not previously consider brown areas, to sustain the city’s projected population growth of 25 million people by 2050.

He mentioned that top independent environmentalists and urban specialists from Lahore contributed to the creation of the Master Plan 2050. A skilled French consultant put together these specialists.

According to the requirements of environmental protection, the authority went on to develop the plan by incorporating all the stakeholders.

He added that the Lahore Division’s Master Plan-2050 is not just focused on the major cities, including the Lahore District. Moreover, he continued, there are 49 plans for all significant cities in the Lahore division, not just one master plan.